I look at my slave with contempt and satisfaction. Contempt because from here, sitting on my aa throne, I see all his inferiority. Satisfaction because he is in chastity, and soon I will shit in his aaa mouth. I order him to kiss the soles of my sandals if he wants me to get up and get closer to him. aaaaa a Performs. I give him my spit and sit on his face. Before becoming my toilet, I want to have fun smothering him under my ass and pussy. So he gets familiar with the area hahaha. He can’t breathe, several times he a beckons me to stop but I insist. I want to brainfuck him, I want his face to disappear between my buttocks! Then all of a sudden I take the key of his chastity belt out of my panties, and threaten him that if he aa doesn’t eat everything I won’t open the cage for him. Seems to understand … Crouched on him, with my hole a very close to his mouth, I shit slowly. I want to give him the chance to taste it, to chew it and to aaaa a swallow it. Little shit come out, neither hard nor soft, and my toilet eats. From my hole to his, directly. After I feed him, I order him to clean me with his tongue and he now in ecstasy and aware of his submission does. I still show him the key… I wonder if he deserved the bird’s freedom… SCAT DA VICINO IN CASTITA’ aaaa 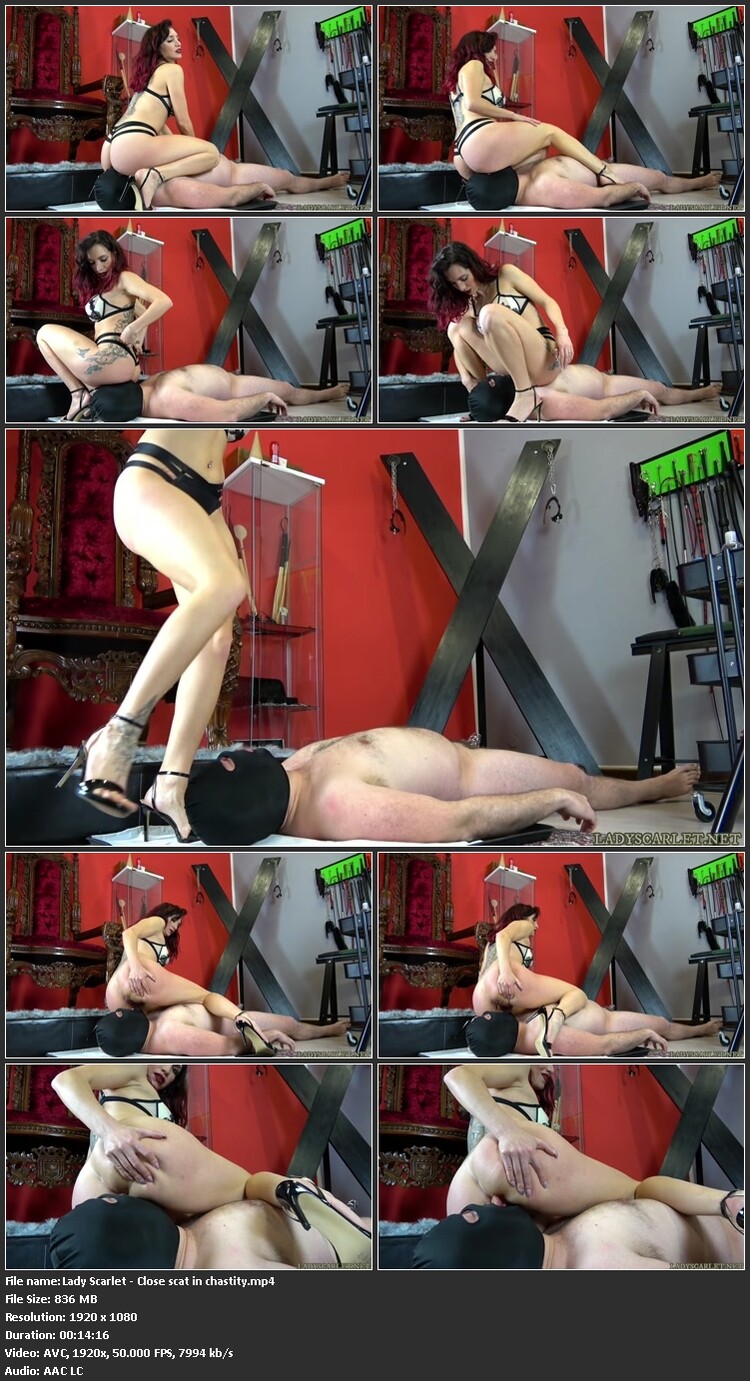