Hello everyoneeeeee! I hope you are all ready to stretch and flex your mouth open, and assume the pose of downward facing log hehe! I want to open up by saying I actually am an avid yoga fan, so when I saw this title and movie, naturally I knew I was going to love it! Yoga is truly such an integral part of my life, and if you don’t do it, I want to strongly encourage you to give it a try 🙂 But for those of you who can’t or won’t, well this film will have to do lolz! So off the bat, I want to explain to those who do not know, but the term downward facing dog, is an actual pose in yoga. The film actually starts off with the absolutely beautiful Venus, hitting this pose with her big butt cheeks out and doing some meditating. Mr Cheeks cannot contain himself though as he watches and gets a little “hands on” himself. Venus appears to be extremely turned on and has some serious chemistry with Mr Cheeks, as she wastes little time in sucking his big throbbing hard cock. She ends up deep throating him so intensely, that she starts vomiting all over herself and his cock. Once again I was turned on, from watching her gag, and vomit, with his cock lodged deep in her throat. When he pulled his dick out of her throat each time, it was followed by a river of puke! I am not sure why I am so turned on by this (I have never thrown up on a dick before, and I am not sure how she did this lol it is extremely uncomfortable for me to vomit let alone with a dick in my throat! Many kudos to her! lolz) The scene then escalates when he starts he eating her ass out and fingering her tight little butthole. You could tell she was thoroughly enjoying it all as she pushed out her big smelly load of poop directly into his awaiting mouth. He chewed and swallowed and appeared to really enjoy it in that vulnerable moment when she turns around and sees him actually consuming her scat. She actually sees the color and the consistency and says something to the effect of “Now thats a healthy poop!” hahaha! She continues at this point to suck his dick while he finishes the rest of her scat off. I did notice in the movie at this point that somehow some shit had ended up on his dick and by her facial expressions as well that she had shit in her mouth too…lol But she kept on going and finished him off with intensity! He actually came directly into her eye on his first shot too! lolz! (I hate that! My eye is always super red for at least a day after) She slurped up the rest of it though and ended the movie on a high note! What I liked most about this film was Venus! I think she is extremely pretty and to see her doing these perverse acts reallllllly made me super horny! 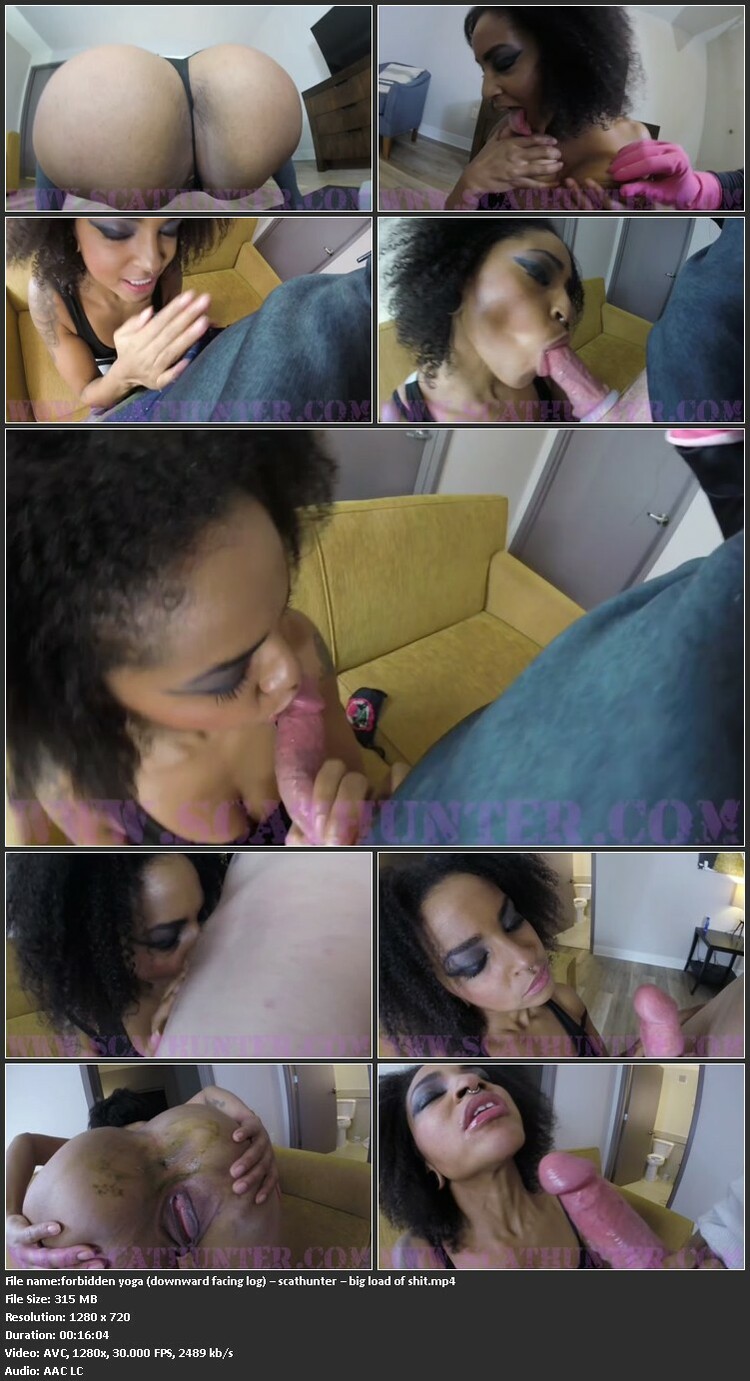