Olga walks in jeans with a diaper – ModelNatalya94

In this video you will see Olga walking down the street. Olga decided that it was time to take a walk in the street in jeans with a dirty diaper. Olga greeted you in the room. At first she was completely naked and dressed in front of you. Olga first put on a clean diaper, then put on jeans and a jacket, a warm sleeveless jacket and went out into the street. Olga sat down on the street behind the house and peed and pooped into a diaper and went for a walk around the city with a dirty diaper under her jeans. Olga walked, then went to a public toilet, she wanted to write, but Olga did not take off her diaper when she was writing, Olga took off her diaper to show you what was inside. You will see warm shit in a diaper and a dirty ass. But Olga again put on a dirty diaper and jeans and went on to walk around the city in a dirty diaper. Olga also went into the dining room to have a cup of hot coffee. She filmed herself and showed you her ass. can you imagine how the shit was smeared inside and gave off a smell) But this did not stop Olga, she drank coffee and went on for a walk outside. She walked along the embankment, sat on a bench, then Olga went into another public toilet. Olga again showed you the dirty diaper and put it on herself again. Then Olga walked a little more, showing you her ass. Olga returned home. At home, Olga stripped off and took off her dirty diaper, showing you a dirty ass, which I think you would agree to clean up after her walk in the diaper. In general, it turned out to be half an hour of a wonderful video that is worth watching and having fun. 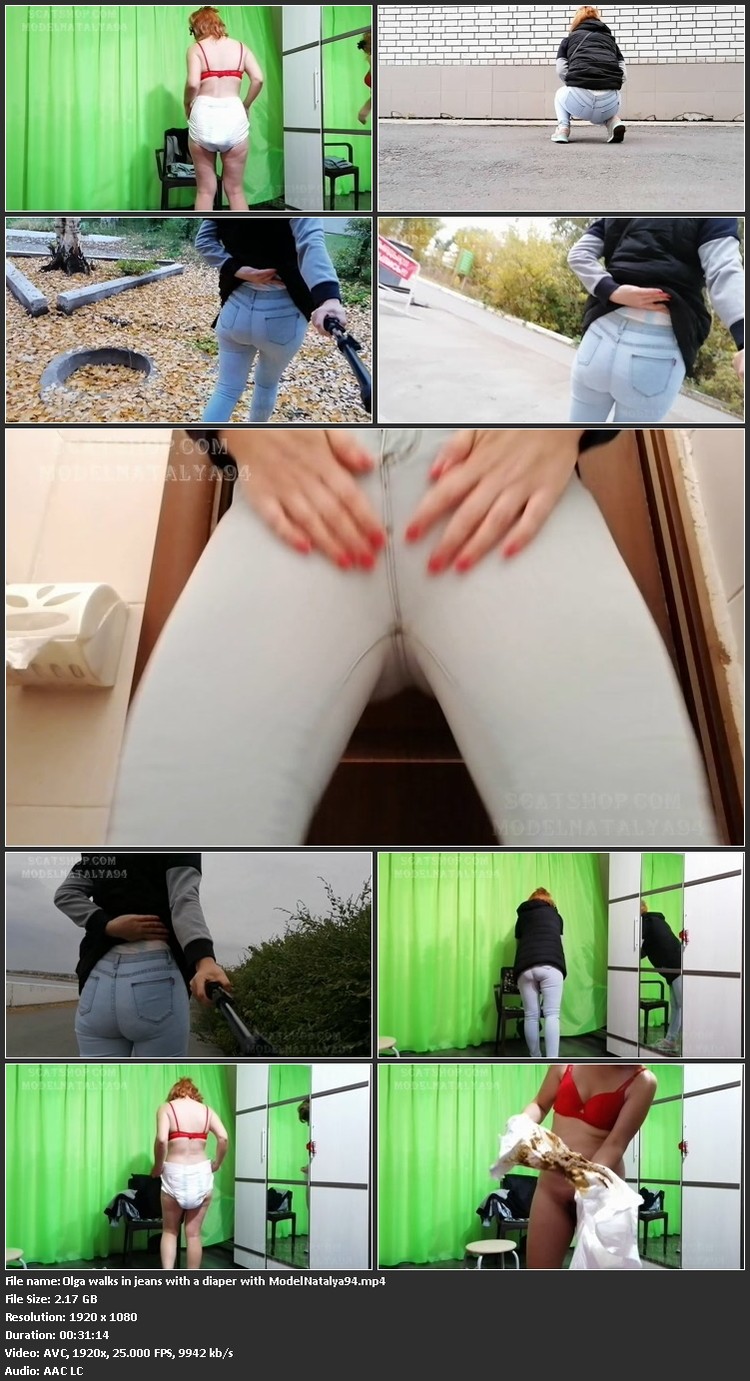