Hi guys. Olga filmed a video for you again, she thought a little and decided that this time it would be shit in her panties. Olga was in her bedroom, she showed new, clean panties, then Olga gave a shit and pissed in them and showed the camera how it was inside. At such moments, I regret that the camera aaaaa cannot transmit odors, because you know what the smell is after you give a shit) Warm shit in panties, Olga comes up to the camera and shows him close to you. Then she takes off her panties with shit and lays down a on the bed, and she takes a penis and fucks her dirty smelly anal. Olya fucks herself and then licks the aa dirty dick, sucks and cleans it of shit completely. Then she continues to fuck herself in the ass and again the phalos is dirty and Olga cleans it with her tongue. When Olga satisfied herself, she put on her panties with shit on herself again. This dirty whore really loves shit and being dirty)
File name:Shit_in_Olga_s_panties.mp4
File Size: 925 MB
Resolution: 1920 x 1080
Duration: 00:14:49
Video: AVC, 1920x, 29.970 FPS, 8528 kb/s
Audio: AAC LC 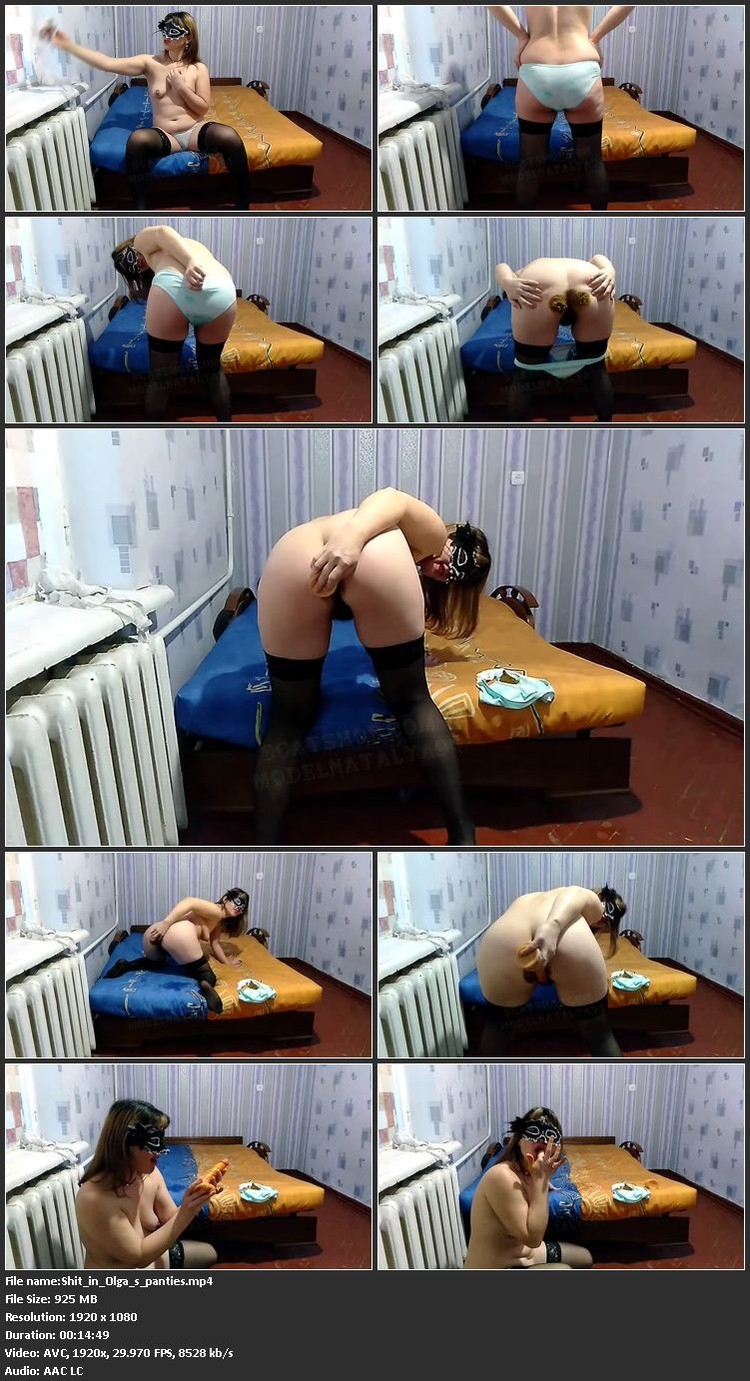