Nicole and Daniel enjoy a romantic moment when Daniel’s cell phone rings and Nicole finds out that he is cheating on her! Oh, she gets furious… The girl hits Daniel a lot, between slaps and kicks, and also puts her feet in his face. Daniel has to suck and swallow every toe of Nicole, but soon she lights a cigarette and sits on his face, preparing the worst of her revenge. With a full intestine, Nicole starts to shit at Daniel, leaving him blinded by the scat spreading on his face, and making him eat the pieces of her shit. She makes a point of crushing all the scat between her ass and his face, stifling him with it, and making Daniel regret all the betrayal. He’s covered in shit! Yuck! 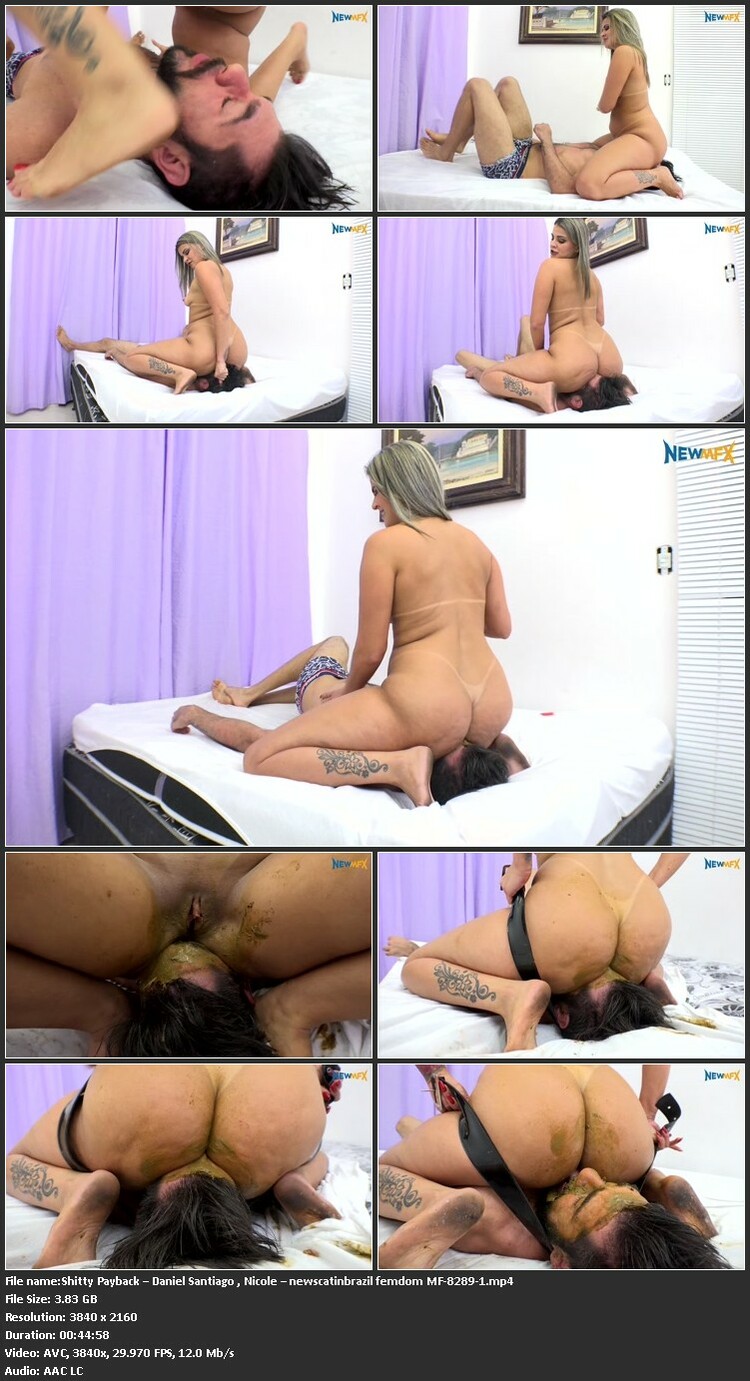