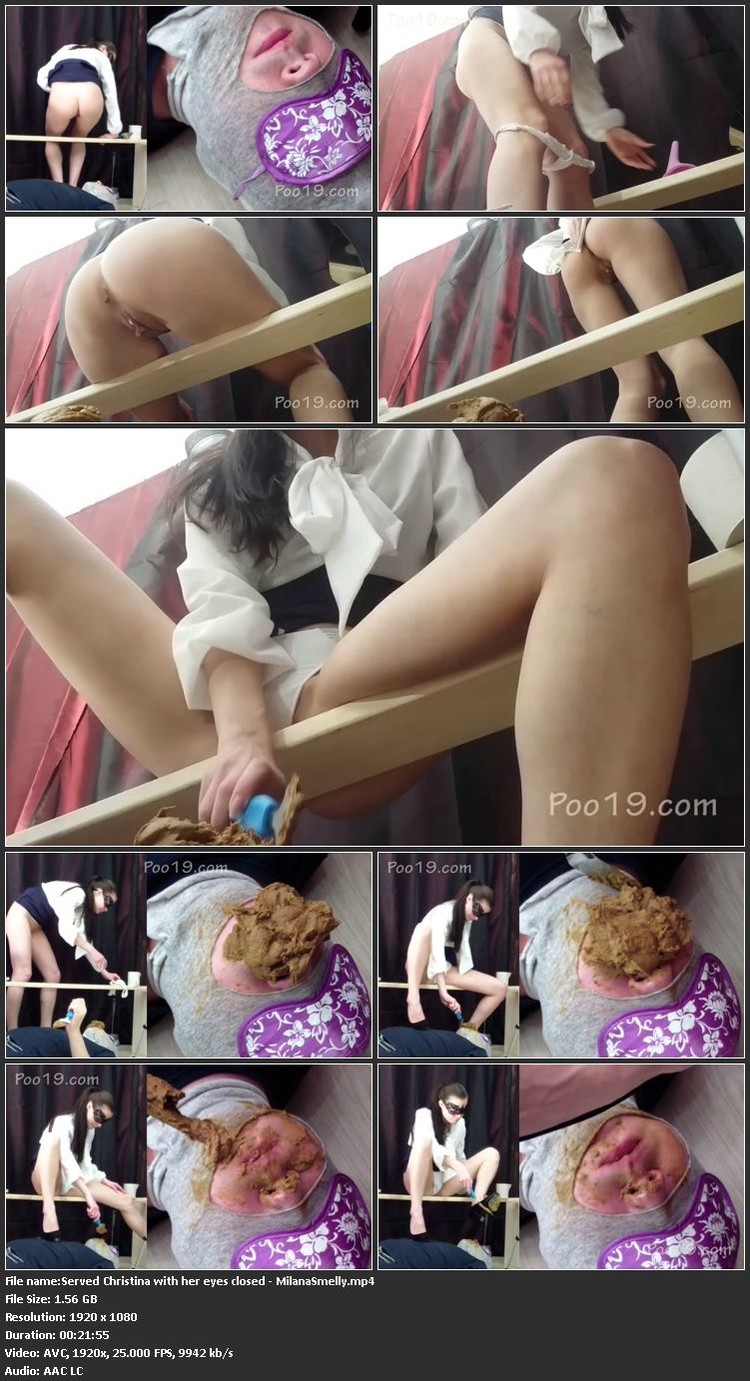 Finally, I was again able to serve my beloved mistress – Christina (my goddess), after five months of separation. Yesterday she called me and said – I came to town and I want to use your mouth as a toilet. I was very glad that I could again hear her imperious voice, fulfill her any whims and, most importantly, feel her sweet taste! After her call, my head was spinning with happiness and I began to wait for a meeting. After 2 days I met her, we didn’t have much breakfast in the restaurant, she drank a glass of wine, and then she said – I want to shit, and we went home. She is still beautiful and young, married life has made her only better. Hopefully when she gets pregnant I can also serve her in the toilet.

This time we decided to use a light script without a whip. I washed it a little in the shower and did a light foot massage. Christina still won’t let me touch her tits. This time I managed to lick her anus after using the toilet – it was amazing. I held the plate in front of my face and watched, very close, how delicious nectar with a characteristic sound and smell of Christina came out of her sweet hole (she has a special smell, which became very familiar and pleasant for me). I was very excited and ate the whole bunch with great speed, Christina was pleased, because she does not like when the process is delayed or when I feel sick. 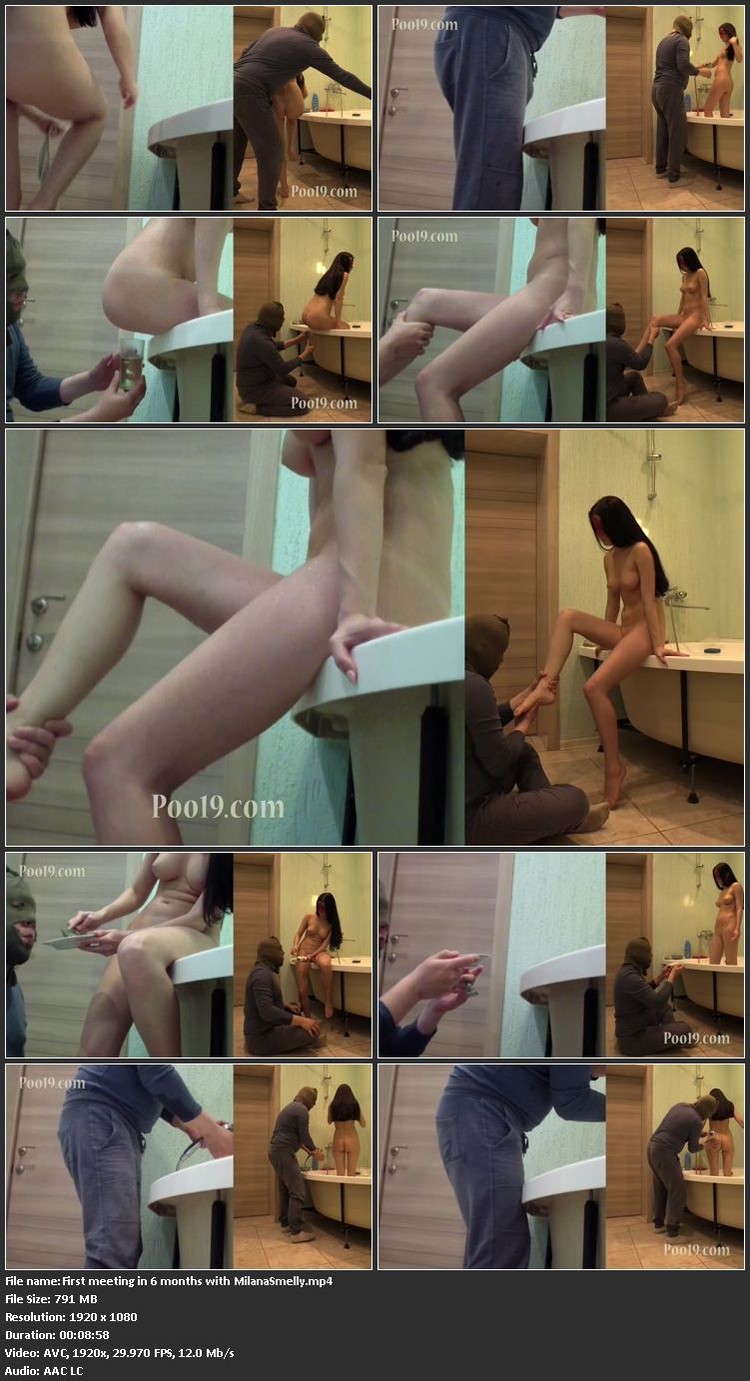 Foot aroma, turds from girls. It’s great! The weekend is over. Karina and Anna decided to have fun today after the lectures and invited me to their place. Cold autumn days came. However, the Mistresses did not stand on ceremony with me and locked me on the balcony, where in the cold I had to wait for the time when the girls needed my services. I was glad that it didn’t take long. After about an hour, the Mistresses allowed me to enter a warm room, kneel in front of them and await further instructions. Anna and Karina walked around the city for half a day. Their feet were tired, they were dirty and sweaty. And it was this aroma of female sweat that I had to feel when the girls began to rub their feet on my face. This scent was wonderful. I felt like a doormat on which feet were wiped. Finally, the moment came when the girls needed a toilet. Mistress Anna could not relax for a long time, but she was still able to give me a piece of shit that was almost round in shape. Karina, as always, was on top. My mouth was completely filled with her poop, decorated with her vaginal secretions. Her shit was very smelly and hard to swallow. However, I have fulfilled all my duties. The ladies were satisfied. 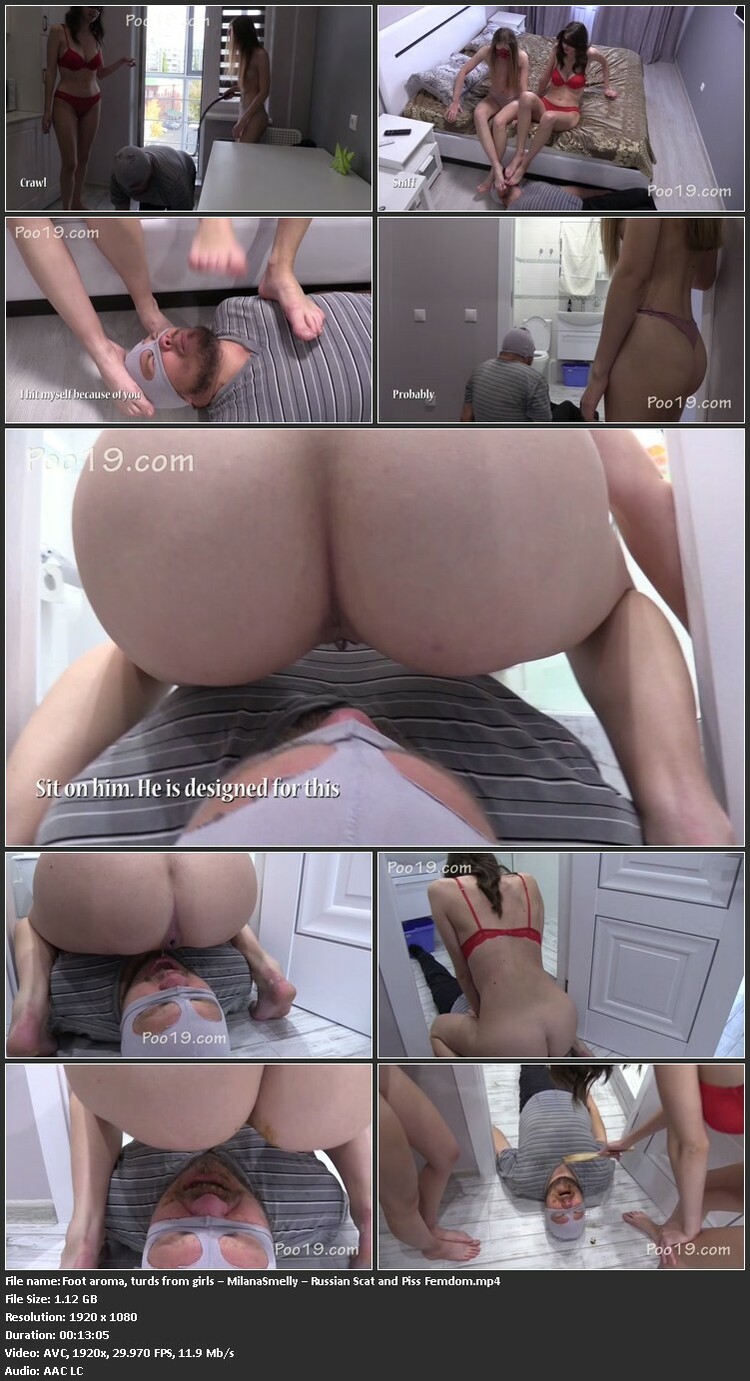 After about 1 year, Mark called me again and said that he had seen new models of Karina and Anna and wanted to be their toilet bowl. We met in the morning at 10 o’clock in the city center and went to the apartment. The girls laughed and talked, and Mark was alarmed and shy, he is very shy when there are beautiful girls in front of him and he sees them for the first time in his life, and he was also afraid because he knows that he must be a 100% high-quality living toilet. When we arrived at the apartment, Mark went to the toilet and waited for us to call him.

Shooting has begun, Mark is sitting in the room, the girls come in, they are cheerful and joyful, now they will finally shit, and Mark is scared, he does not know what awaits him.
The girls sat down on the sofa opposite and started asking him questions: how long has he been eating female shit? does he like to eat shit? whose shit he wants to try more, etc.

Karina poured the legendary pile into his mouth. Mark asked permission to roll over to make it easier for him to swallow.. Mark felt sick, his eyes were watering, he gagged but chewed and swallowed. Karina looked him straight in the eyes and ordered him to swallow faster. Anna spat into a glass of water and gave him to drink as Karina’s shit was very hard.

Today I once again met with Mistress Karina. She sometimes uses me as a household slave, and the day before that I was scheduled to clean up her apartment. However, I did not find time to clean up. Mistress decided to punish me severely for this, so she arranged a meeting in her studio. The punishment really turned out to be very cruel. First, I was whipped very hard with a whip. Mistress whipped my belly and my chest, that is, the most painful places. Karina delivered an impressive number of hits, from which my whole stomach was in red stripes. After Karina pee in my mouth, she started filling it with her shit. Usually this is a very pleasant duty for me, but the Mistress did everything so that it was very difficult for me to fulfill this duty. Especially for me she did not go to the toilet for 2 days and ate heavy meat food. I even got scared when I saw that a huge sausage of shit began to come out of her opened anus, which immediately filled my mouth and formed a large heap on my face. This heap was decorated on top with the girl’s vaginal secretions. All this I had to eat, forcibly and quickly. At some point, I felt that I could not breathe. Tears appeared in my eyes. I had to swallow very quickly so as not to suffocate. I coped with my task. However, I decided that now I will always obey my Mistress unquestioningly. 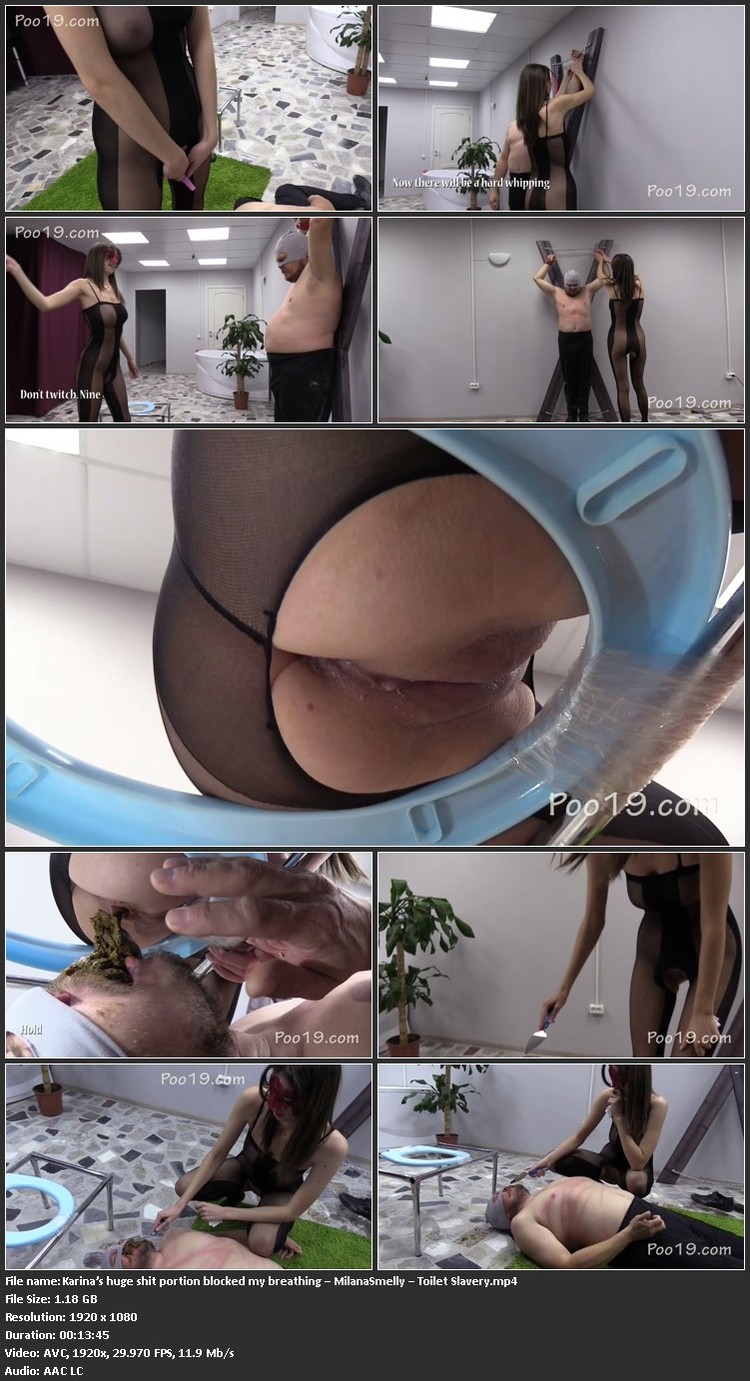