New absolutely crazy video with a huge ass, fresh and fragrant shit, and of course crazy eyes full of desire to get covered in shit and taste it! Her pussy is already wet and her mouth is drooling, fresh shit slowly creeps out of her fat ass, she literally dives into her excrements … but then a crocodile enters the scene … 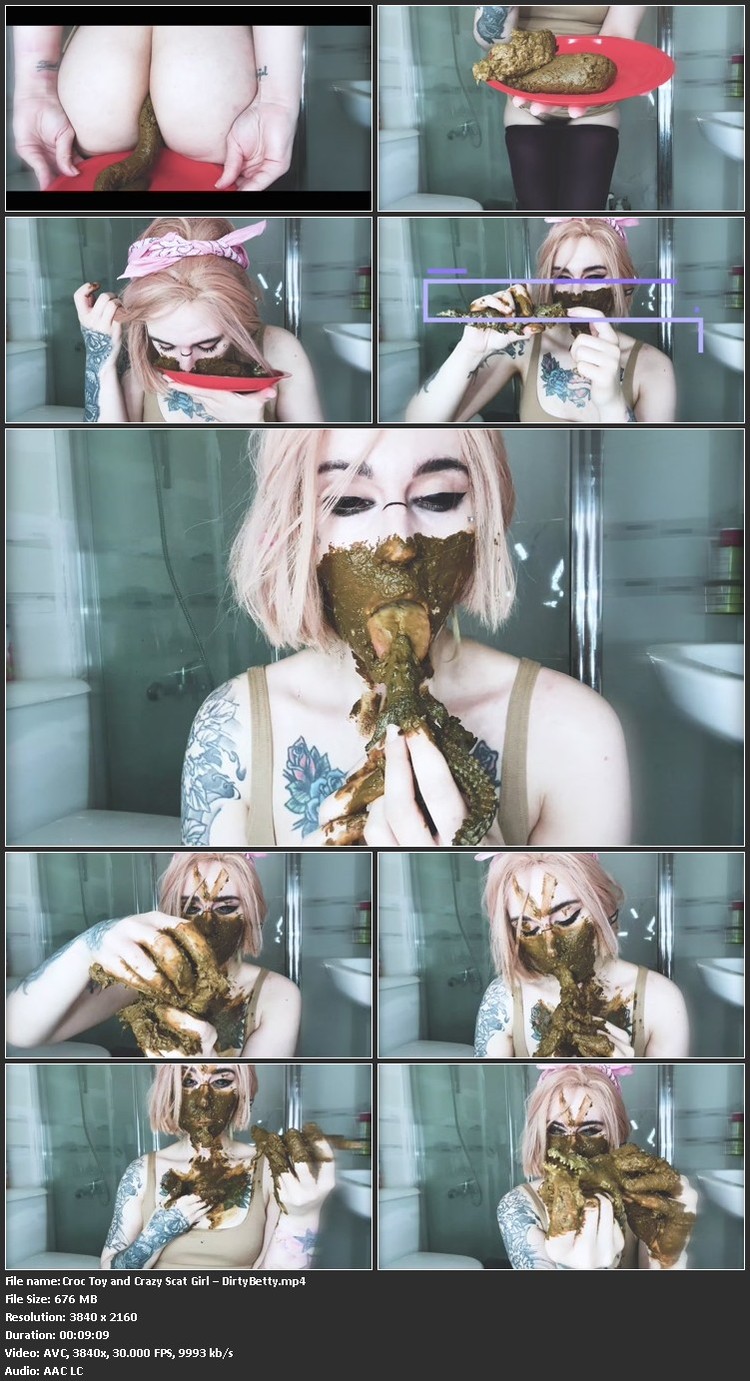 My little toilet bitch, loves to pose, show off in front of camera and of course shit in different poses. Shit slowly crawls out of her ass over and over again, oozing out onto the white velvet skin of her ass. Her happy smile shines on her face, she is always happy show what pervert she is in all its glory
1. Creamy shit oozes out of her ass
My little toilet bitch took a shit on the couch. Creamy light brown shit oozes out of her ass. She enjoys her shamelessness, she likes that I take film of her, look at her. A long strap-on is lying next to her. I know why she made it. Her ass is itching to get fucked. Now strapon is in her ass, she enters it carefully and now begins to jump on it. Her moans carried across the room, she enjoys her orgasm. I brought up pervert who loves fuck, but not just like that but in the shit
2. Shit during menstruation early in the morning
My slave girl wanted to shit early in the morning. She quietly closed the door of the bedroom where she sleeps at my feet and staged an action on the couch. Put the camera and lifting her legs began to push, thick hard poop began to get out of her young ass and pieces fall to the floor. While she was there, I woke up and heard her doing something in large studio room. I went out to her and I saw her take a shit. Well, attagirl, let’s continue shooting now on the bar chair. I put her on her stomach on bar chair and made her push harder, take another shit. She tried so hard that bloody tampon came out of her pussy and fell out. My leaky slave girl has her period. In the end, she managed to squeeze out more shit. And with happy smiles, we decided to leave the shit for toilet slave, who should come in couple of hours. Let him eat her shit and suck tampon, don’t throw away such treat for nothing 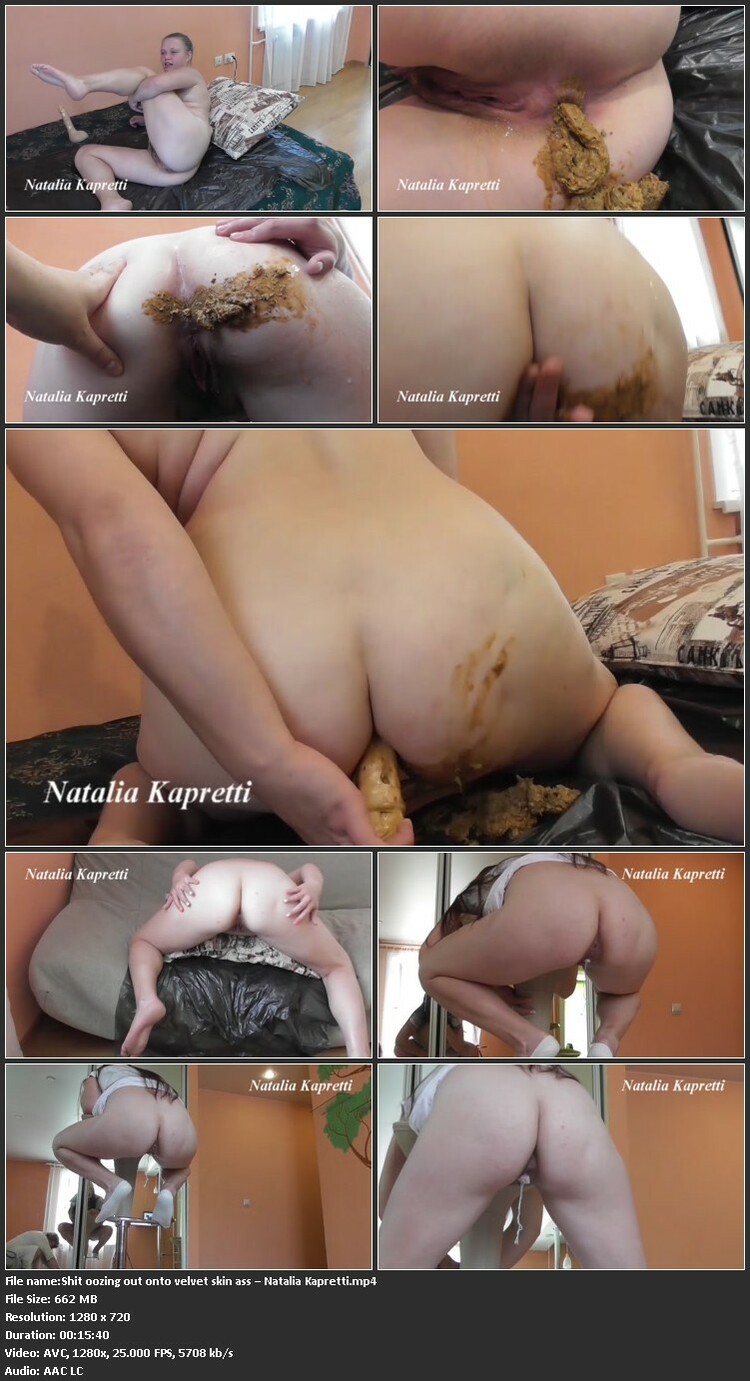 This video is not new ( from my dirty collection ) , but if you dont saw it before , you need to buy it for sure , because its amazing and very dirty one … 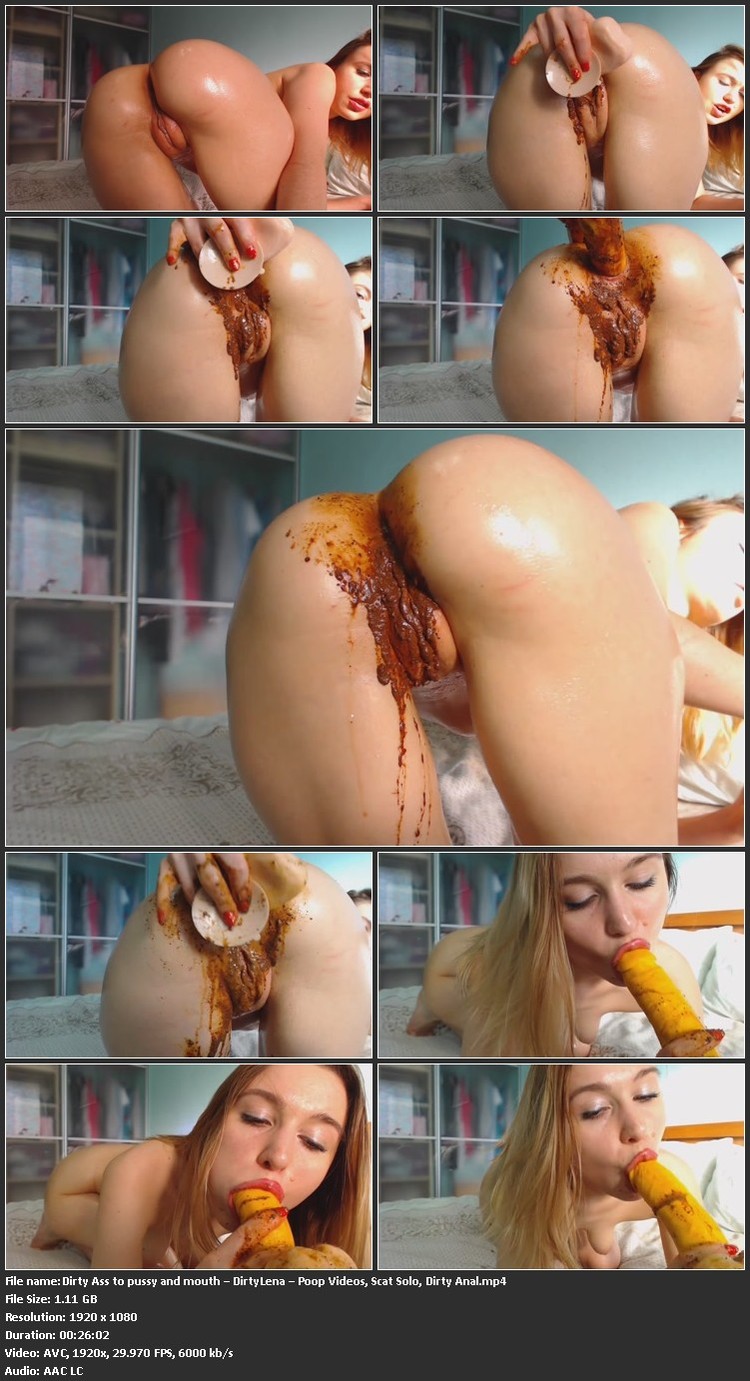 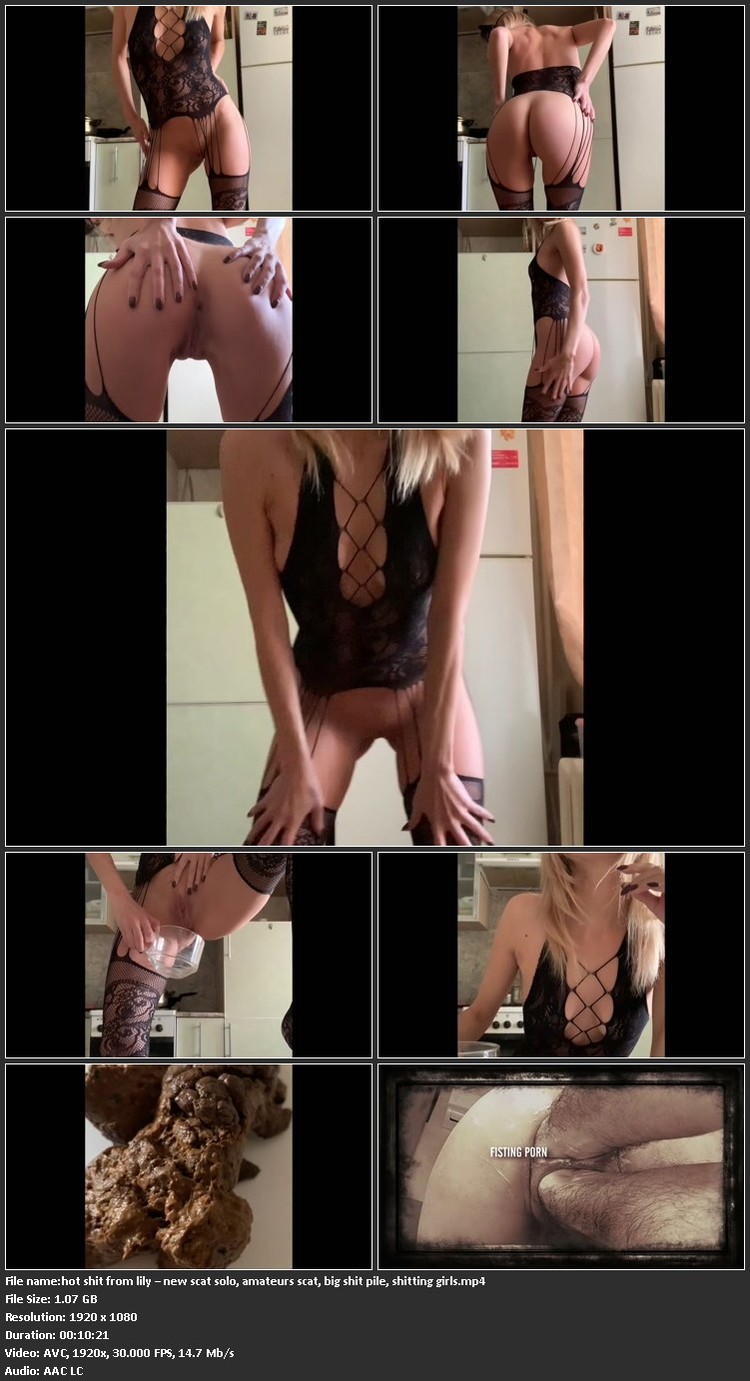